The HoLeGaMo project is initiated to develop a high-performance new generation of gas engines, able to substitute state-of-the-art diesel engines in terms of power, torque and efficiency.

Emission level better than requested by Stage V and at least a CO2 reduction from 20-25% compared with diesel engines are achieved, also in real operation mode, as shown below.

Next to the combustion chamber design with tumble inlet ducts, the NONOX EOCV technology can be seen as the key component to realize astonishing performance/results by de-throttling at part load and the ability of full-variable Miller-timing at high load.

It should be particularly emphasized, that when using NONOX EOCV technology to display the required performance values, exhaust gas recirculation can be omitted. Exhaust gas aftertreatment is reduced to a simple Three Way Catalyst (TWC). The complexity of the engine, as well as the engine packaging, is substantially reduced. Production costs for engine manufacturers as well as Total Costs of Ownership (TCO) for operators become very attractive.

The illustrations give an overview of the objectives and results, as well as an outlook on the advantages that can be achieved when using this technology.

The figure "Power & Torque" compares the TCG 5.0 EOCV engine without EGR with other natural gas engines currently available on the market for commercial ‘off-road’ and ‘on-road’ applications. The figure shows that, with regard to specific power output and mean effective pressure, the ‘HoLeGaMo’ demonstrator displays the highest values compared with any other engine worldwide.

The initial project targets were far exceeded during this first step, but there is potential for more power and torque if the VTG (Variable Turbo Geometry) is optimized.

Pre-investigation show the potential for more than 10% improvement in maximum power and torque output. 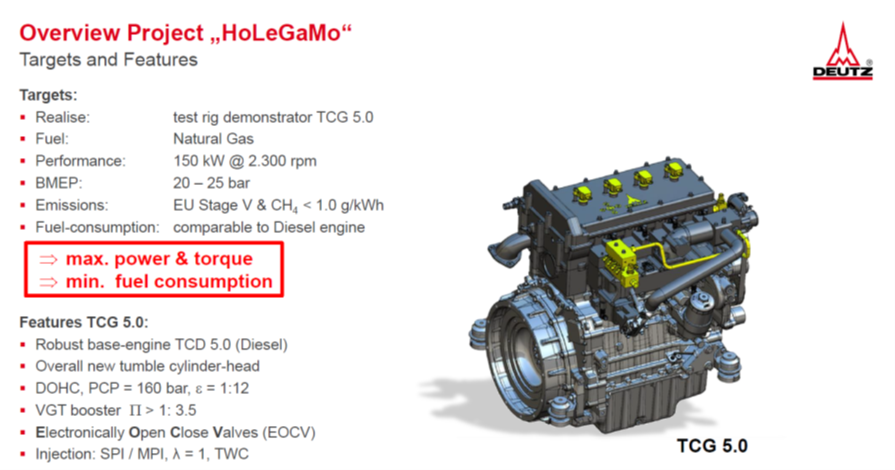 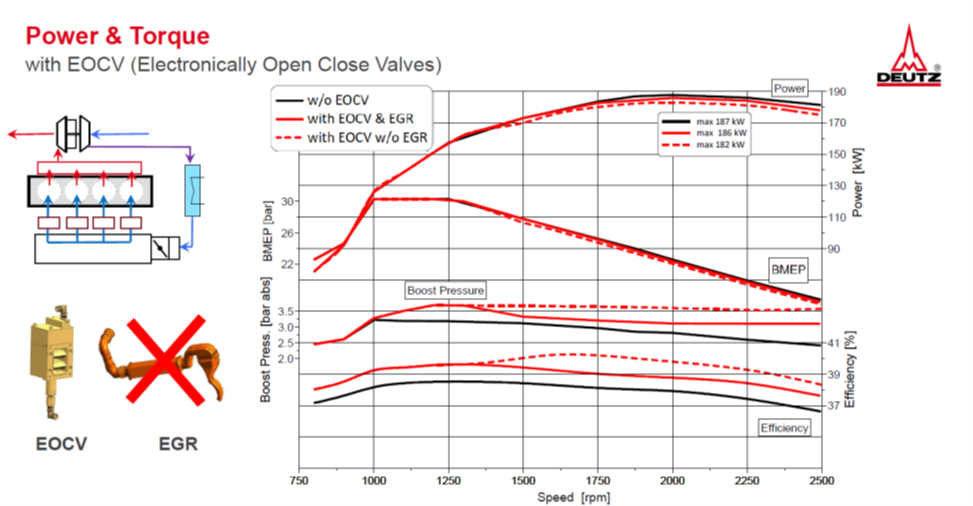 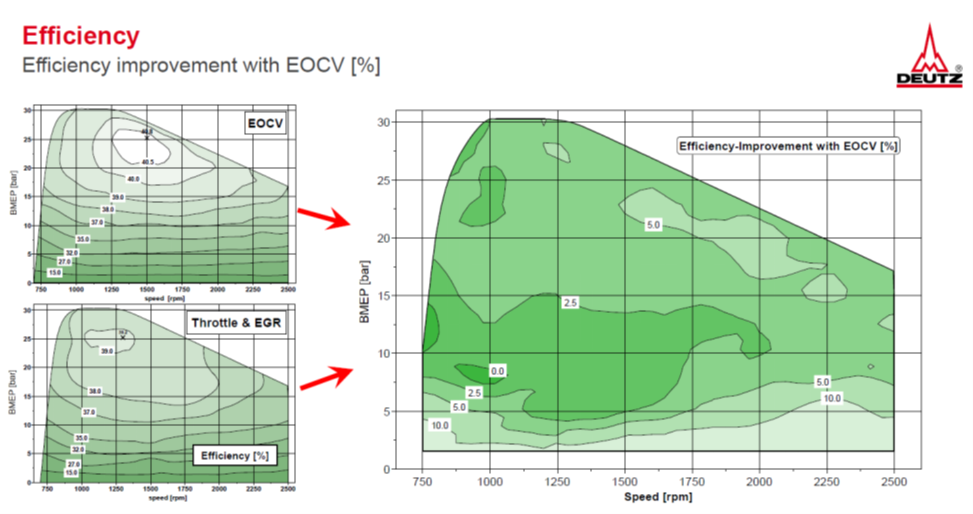 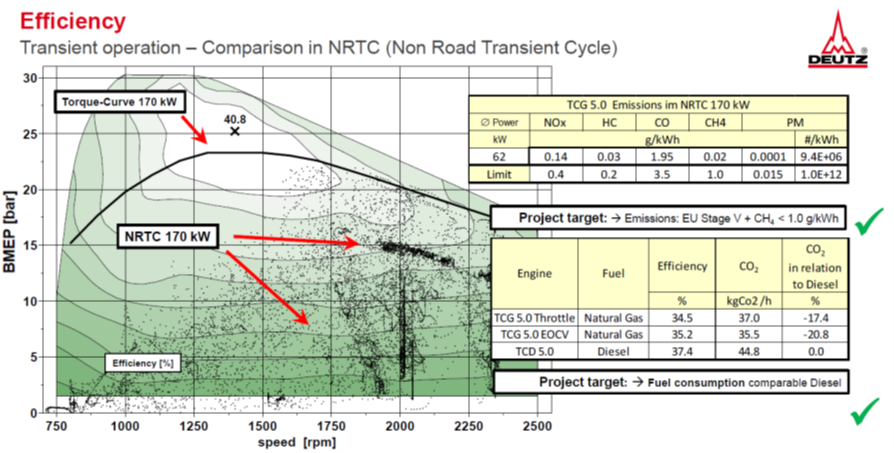 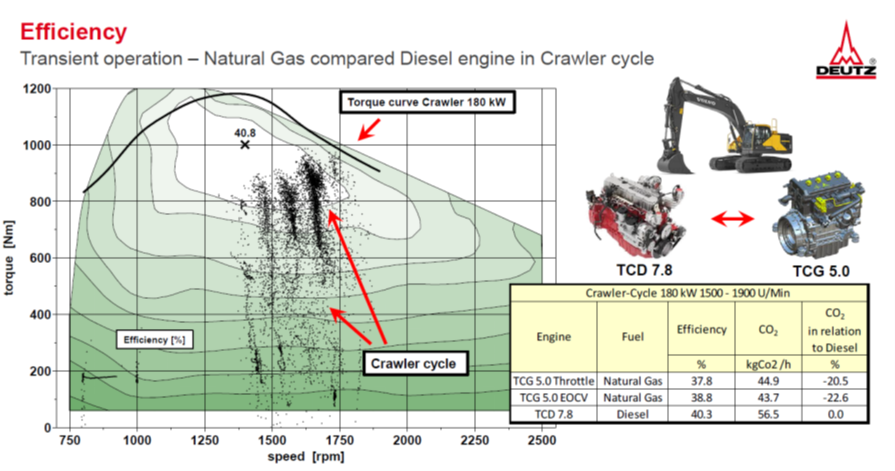 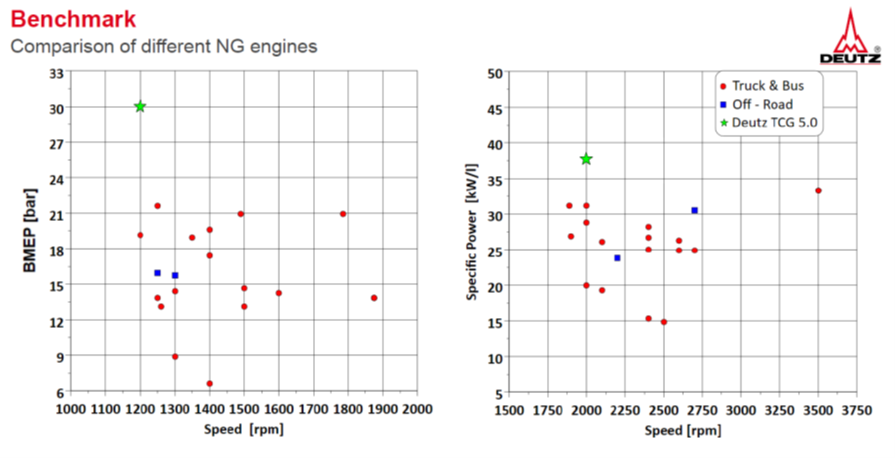 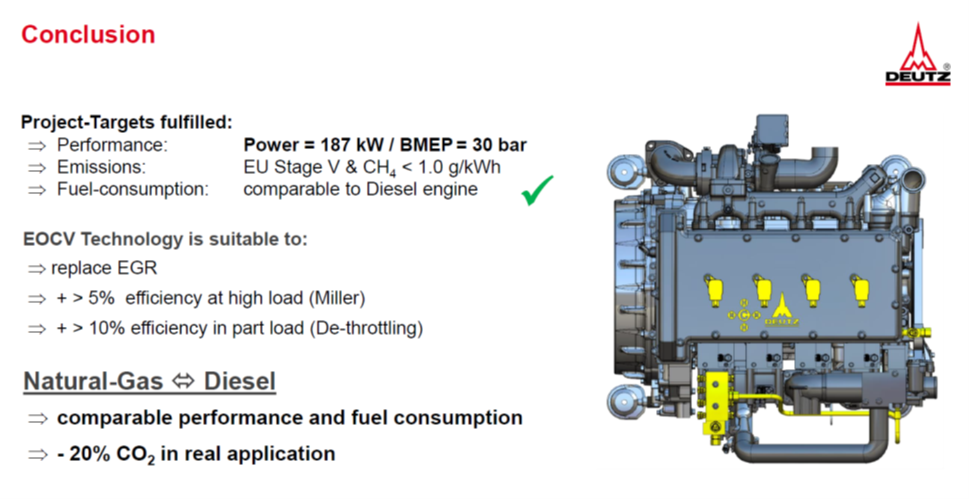