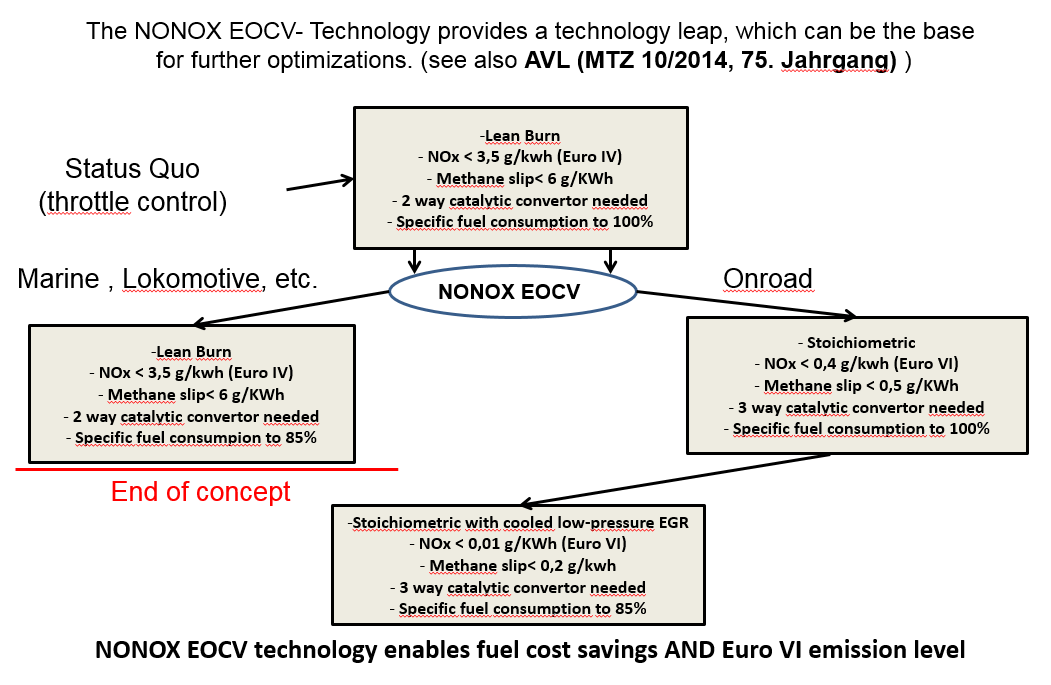 The mechatronic device Nonox developed results in a revolutionary improvement in engine efficiency of all Otto engines by eliminating throttle losses and reducing CO2 and NOx emissions. Nonox calls this device the Electronically Operated Control Valve (EOCV). The EOCV is a fast moving valve, which controls the amount of mixture for every cilinder cycle. This way it controls the load of the engine, and at the same time eliminates the throttle losses. This can bee seen in the following animation:

In the charge exchange loop of the above p-V diagram of the EOCV (on the right), it is clearly visible that the negative work done by the engine, is reduced significantly, relative to the conventional throttle engine.